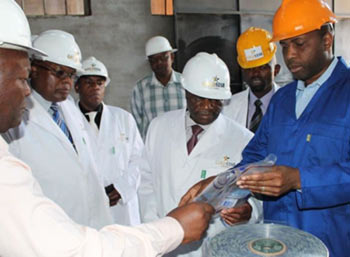 Starafrica Corporation has engaged the services of a consultancy firm Head Hunters International to recruit and operate the value chain of its Goldstar Sugar Plant in Harare.

Head Hunters consultancy is a Human resources consultants firm in Zimbabwe which also handles a number of assignments in the region mainly in Mozambique, Zambia and South Africa.

Among its services is organisational development which entails organizational restructuring and functional analysis, strategic planning facilitation, management of transformation and change initiatives and development of employee resourcing strategies and flexible staffing among others.

According to an internal source, the consultancy firm will manage production up to sales level as the group seek to maximise on the new plant.

“It has been contracted to recruit labour for sugar production as well as sales, so basically it’s managing end to end production and sales,” says the source.

Star Africa is currently in the final stages of commissioning its upgraded Gold Star Harare plant. The company is still operating under a scheme of arrangement that was sanctioned in 2013 by the High Court.

The Scheme of Arrangement between the company and its creditors required it to dispose of two assets Blue Star Logistics and Tongaat Hulett Botswana (THB and settle its obligations but the company has been struggling to find buyers.

In the five months to August 2015, the plant produced 3 607 tonnes of refined sugar over a period of six weeks

As the company is still in default on part settlements and subsequent instalments under the scheme of arrangement, the group will soon seek shareholder and creditors approval for a debt –equity swap deal to free the balance sheet upon which the company will bring in a new investor to fund working capital requirements. The company is sitting on debt of above US$60 million. FinX